A Visit to Gipsy House 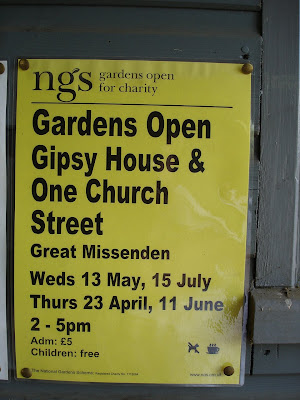 Gipsy House was the home of the late Roald Dahl, and it is still the home of his widow Felicity Dahl. This is a spectacular English country garden. 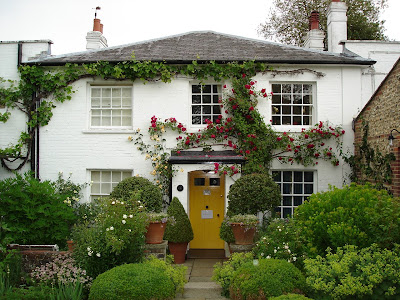 First port of call, naturally, was to the compost heap! It did not disappoint! 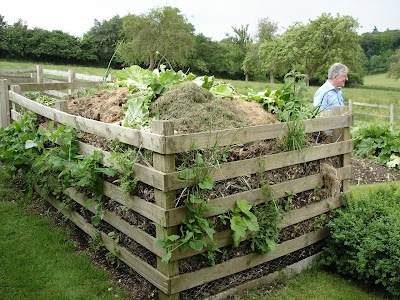 Next came Roald's rhubarb. The gardener there told me that it was a shame that most of it did not get eaten. I suggested that they could sell bunches of it to the public who were entering the garden! 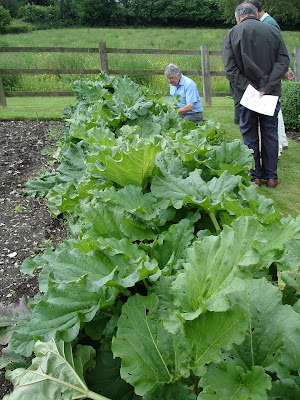 In the front corner of the garden this Gipsy caravan had been bought and restored by Roald himself. 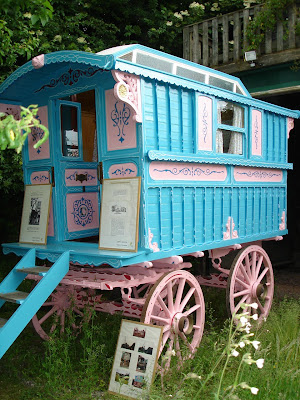 In the walled vegetable garden there was a greenhouse in which was an espalier nectarine tree. I have never seen a nectarine growing in the UK before. 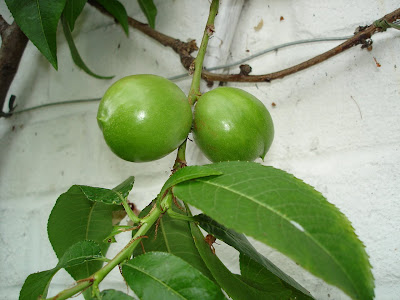 Right next to it in the greenhouse was this espalier pruned peach tree. I wonder if this peach will grow up to be a Giant Peach?? 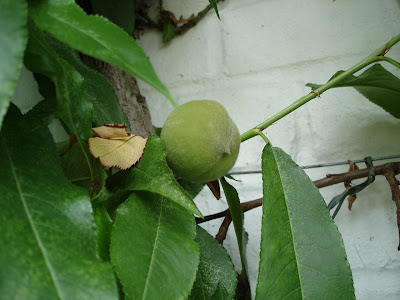 This was the most wonderful walled fruit and vegetable garden. It was a series of raised beds made from railway sleepers which were edged by well maintained step-over apple and pear trees, and fan trained and espalier trained fruit trees on the walls. 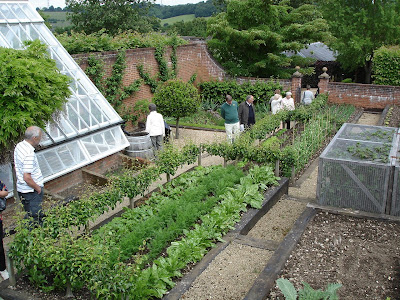 At the end of the garden path which was covered in a pleached lime tree walkway, was Roald Dahls garden shed. In this building he would write for 2 hours in the morning and 2 hours in the afternoon. He closed the curtains so that nothing could disturb him, and he always stopped just when things were getting interesting so that he was motivated to come back and continue. 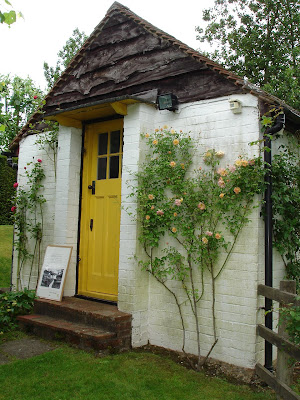 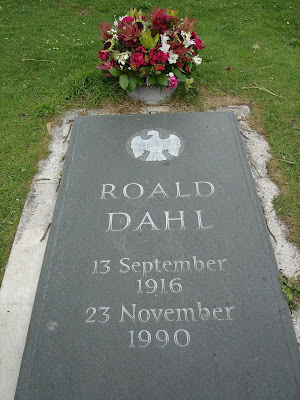 Now that is what I call a compost heap! Lovely article! Val

Bingo: a posting that shows somewhere I'd love to go to, but can't, and seems to notice and take pictures of all the things I would! Thank you.

Oh, I covet that walled garden, and the shed den! And, while I'm at it, the wicked imagination of Roald too...

Thanks for taking me on a trip, without ever having left my living room! Excellent!

Enchanting garden! Thank you for sharing it with us.

How quaint! Beautiful.
I've never seen a compost heap that big before. It's a shame the rhubarb will go to seed. :-)

Roald Dahl is my childhood, his books were wonderful, I still have all mine; they were my refuge from a lonely unhappy life. Wow, his home is more magical than I could have dreamed - too beautiful. Thank you, thank you, thank you for this trip.

Lovely photos - I love Roald Dahl's books. Looking at your entry was spooky for me, because we went to an NGS Open Garden this weekend and they also had a gypsy caravan and a walled garden. At first I thought it might be the same place, but this was in Ham.

Really nice to know that fellow enthusiasts are roaming round other people's gardens in their spare time. Looks like you have some great crops.