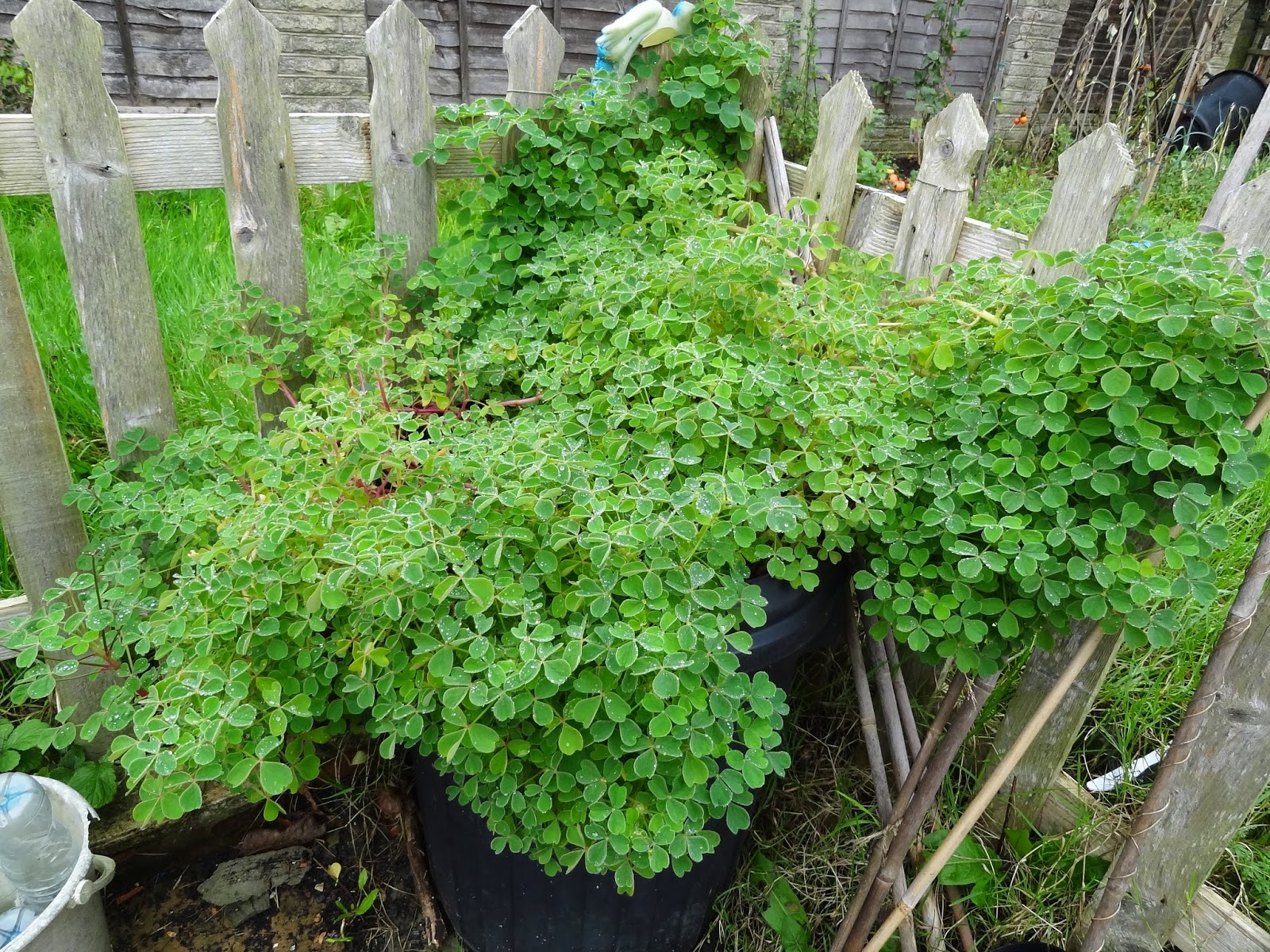 Earlier this Summer I planted some Oca tubers in a black plastic dustbin full of compost.  This is the first time I've grown them.  All the advice given told me to leave them to mature as long as possible so that the underground tubers swell as much as possible. 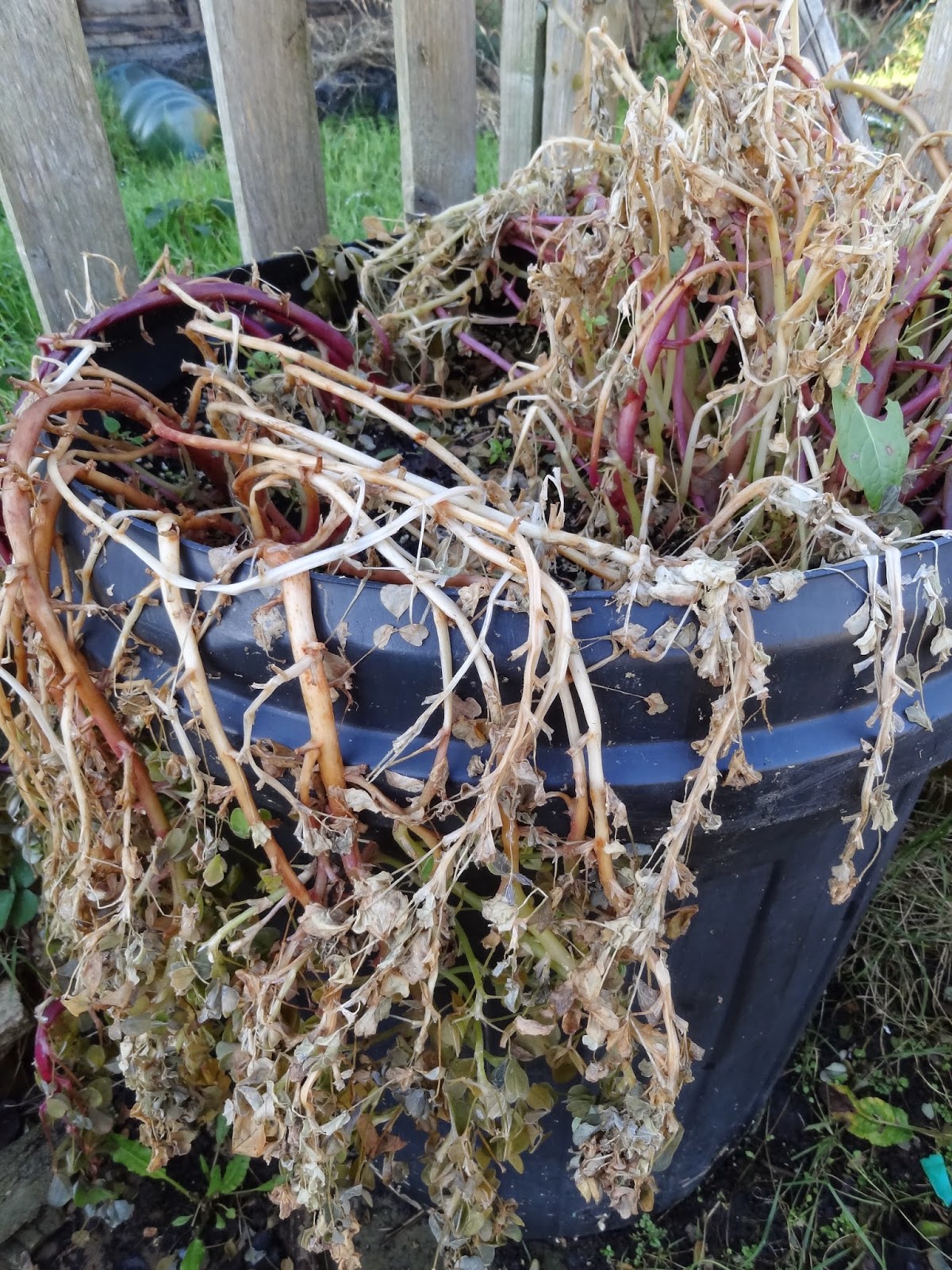 Well, we've had a lovely long, warm Autumn and they have had the best conditions possible. A sharp frost overnight has really knocked them back now so it is time to see what lies underneath. 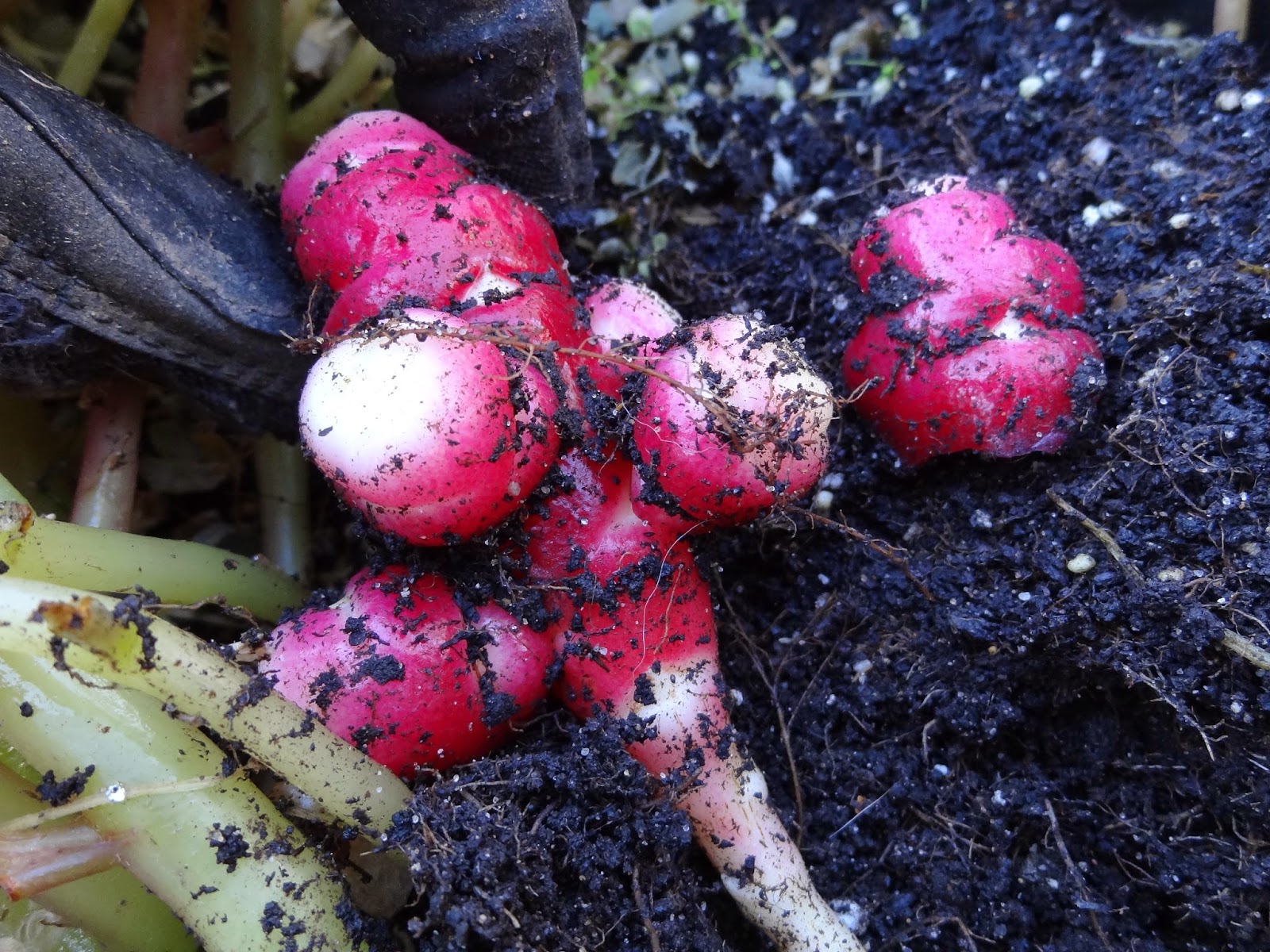 So I decided to start to dig down with a trowel to see what was there. 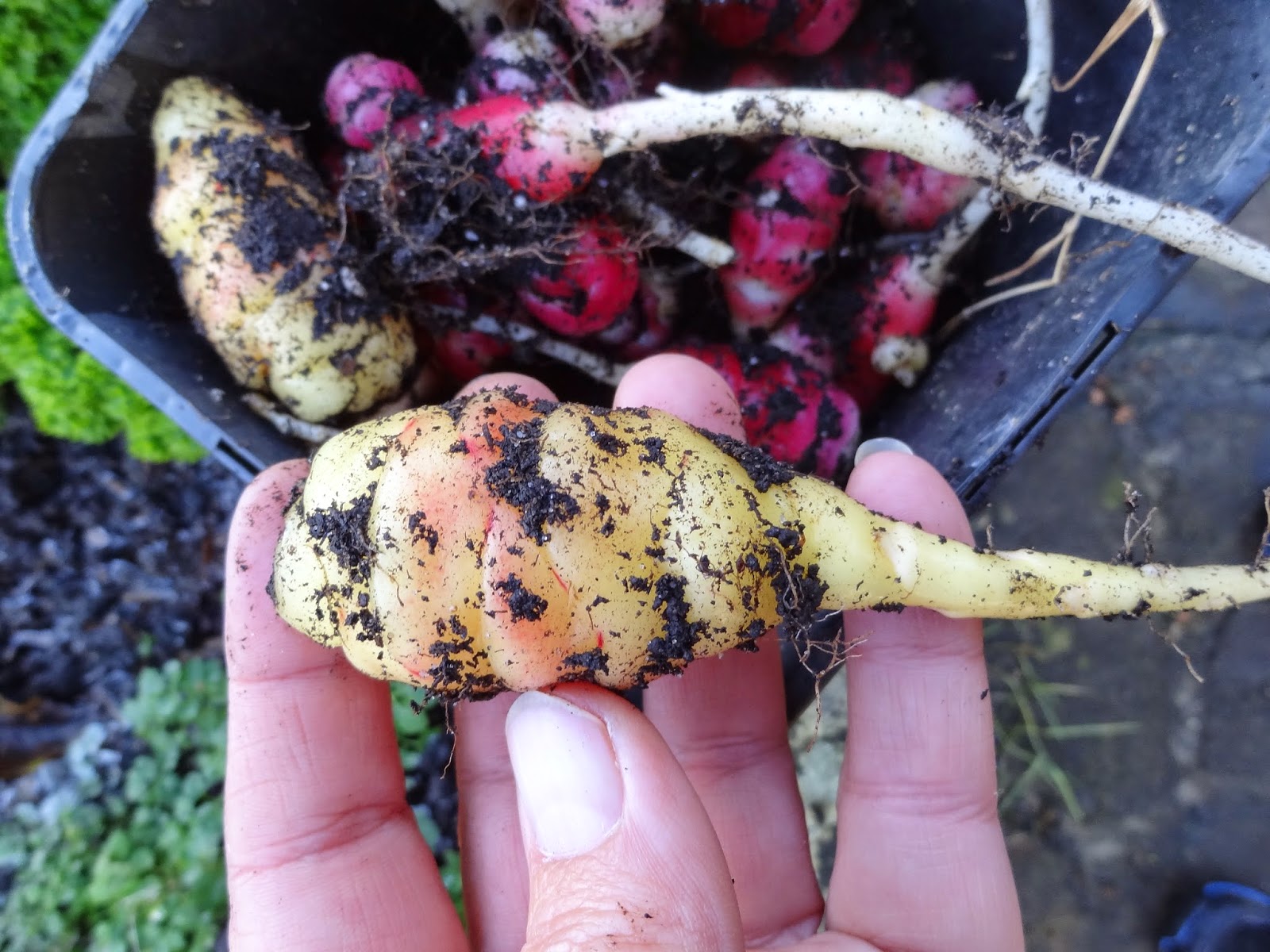 One by one the tubers appeared. 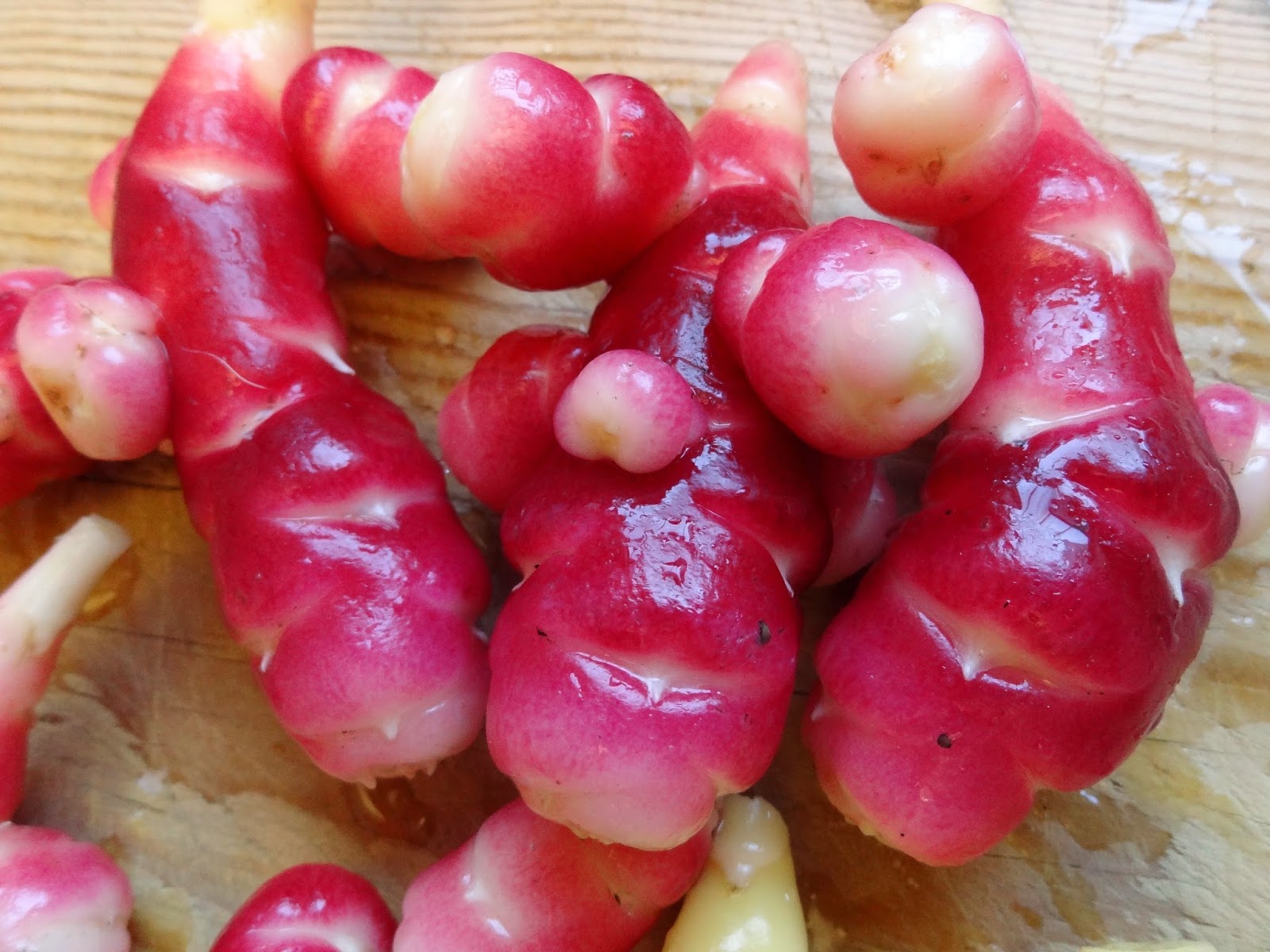 I only took two plants today but I have quite a few more.  These striking tubers resemble Jerusalem artichokes. 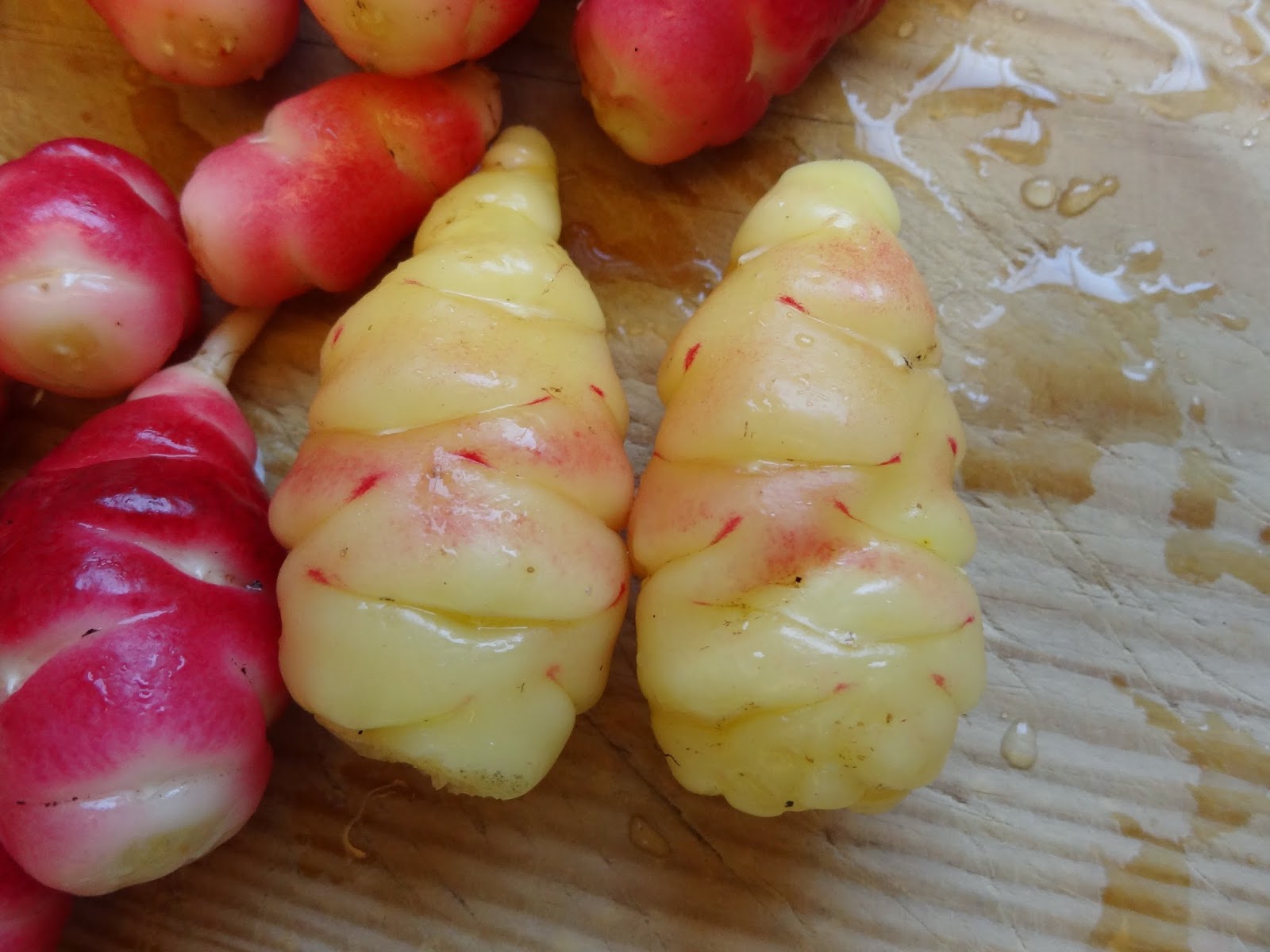 I did plant different coloured tubers, so there were different varieties coming up. 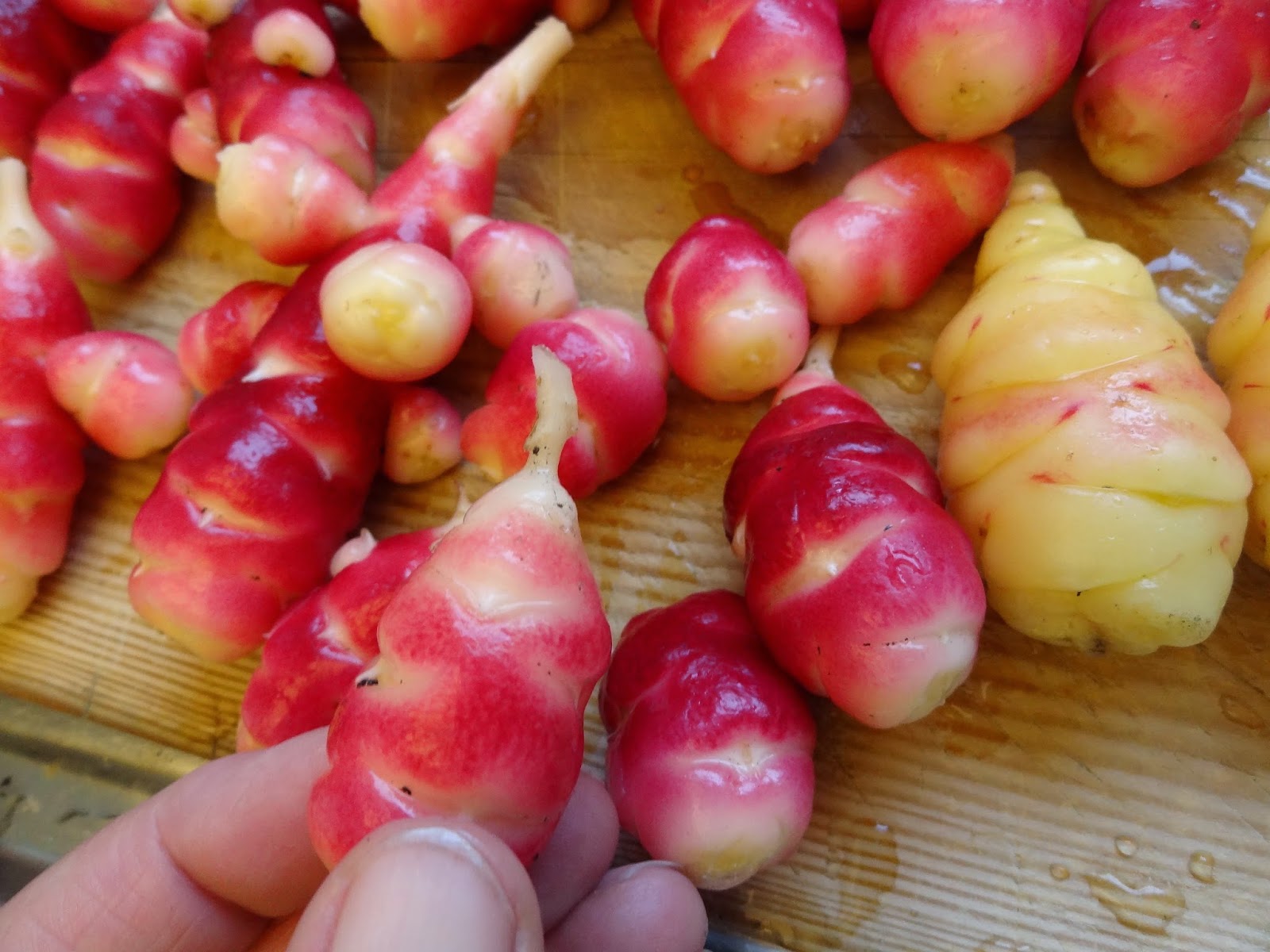 I tried eating some raw.  Not unpleasant - the texture of a crisp radish but without the heat. A faint flavour of a lemon acid.. I guess it would be oxalic acid.  Probably better chopped up in a salad to give texture.  Will have to try cooking them and see if they improve.

Well, they certainly look dramatic. Not sure whether the small yield is enough to make them an attractive proposition in the veg-garden though.

Not familiar with Oca, they look pretty....

if you leave them for approx 2 or 3 weeks after the foliage dies from the 'death frost' the tubers grow larger.