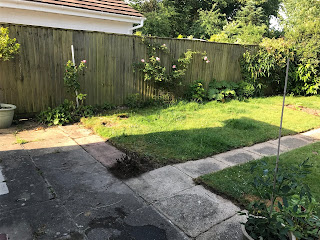 I've been monitoring where the sun rises and sets in my new garden.  I've been here 9 weeks now and there is definitely a sunny side.  Above picture is first thing in the morning, and last thing at night, this is the South facing side of the garden so this is where the veggie garden and greenhouse will be. 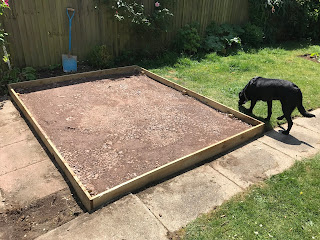 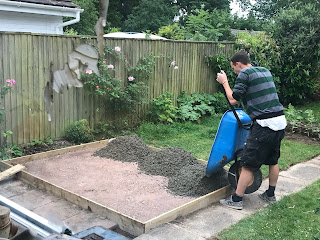 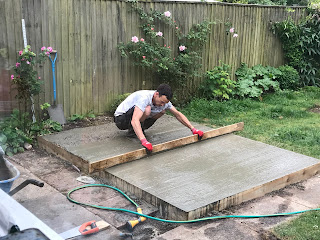 Such a nice, hardworking young Man.  In no time at all I had a level concrete base which just needed curing for a few days to let it harden.   So Daisy and I locked ourselves in the house for an afternoon so as to avoid doggy paw prints all over the concrete before it dried. 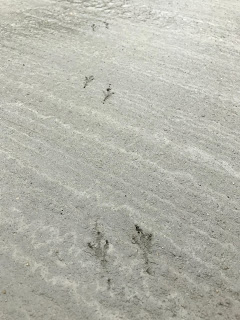 But our resident blackbird had other ideas while we were inside. 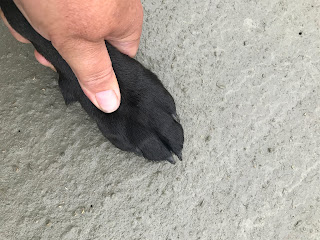 So Daisy felt it was only fair that she should put her mark down in a long held family tradition! 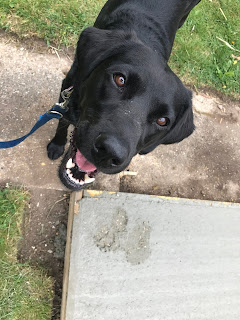 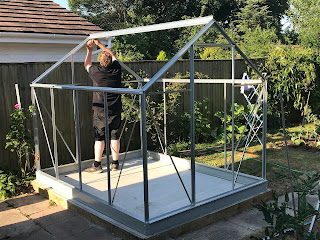 Matron was extremely happy that another nice Man from Vitavia came to install the greenhouse this week.  It would have been nice back in April or May... but never mind, it is here now. 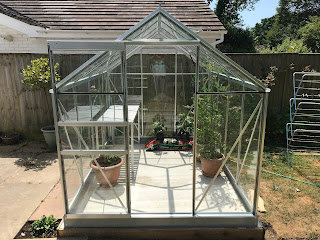 How wonderful! Congratulations on your move and this new addition. Your builder friends can do work in my garden anytime, too.

You have achieved a lot in just nine weeks. Should be well set up for next year's growing season.

Good grief - It doesn't half help to have a 'man what does stuff' around. Your greenhouse looks great and boy do I love Daisy's signature (and the birds). I wish you all the health in the world to enjoy your greenhouse and all it's produce xx

I love that you got Daisy's paw print. Hope the greenhouse gives you many years of pleasure. Your garden is shaping up